Smoke is a good looking chestnut stallion with a lot of chrome.  He has a super nice disposition and good conformation. He is smart, talented and a fast learner who puts his mark on his offspring and passes his great disposition and conformation on to them. I bought him the first part of September and took him to his first show 2 week later, he handled it just like he had been shown all of his life.  He had 2 first place wins and was reserve champion for the open 2 year old stallion class.  Smoke has the bloodlines to produce cutting, reining, ranch, reined cow horse and performance horse.  He is by I CD Cow who is by CD Olena, he also goes back to Doc O’Lena, Doc Lynx, Doc Tari, Doc Bar, Mr Gun Smoke, Mr San Badger, Mr Peppy San, Colonel Freckles, Poco Bueno, Rey Jay, Sugar Bars, Lighting Bars plus many other great performance horses. 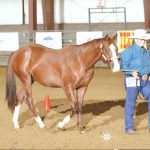 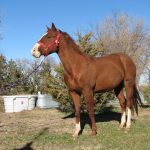 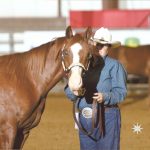